Hash Rosin: What Is It Where It Comes From, and Why It Matters

As the legalization of cannabis expands, so does the demand for innovative, high-quality products. Cannabis rosin (also known as marijuana rosin) uses a method of extraction that releases resin from several different forms of cannabis: dried flower, fresh plants, dry sift kief, and hash. Rosin made from hash, or hash rosin, is considered by many to be one of the purest forms of cannabis concentrate.

What Is Cannabis Rosin?

Cannabis rosin is made by combining high heat and immense pressure. Terpene and cannabinoid rich oil (resin) is forced out of cannabis plant material called trichomes using a rosin press. When done correctly, rosin is highly potent and very rich in terpenes and cannabinoids. Perhaps the best part of making golden yellow rosin is that it only takes seconds. 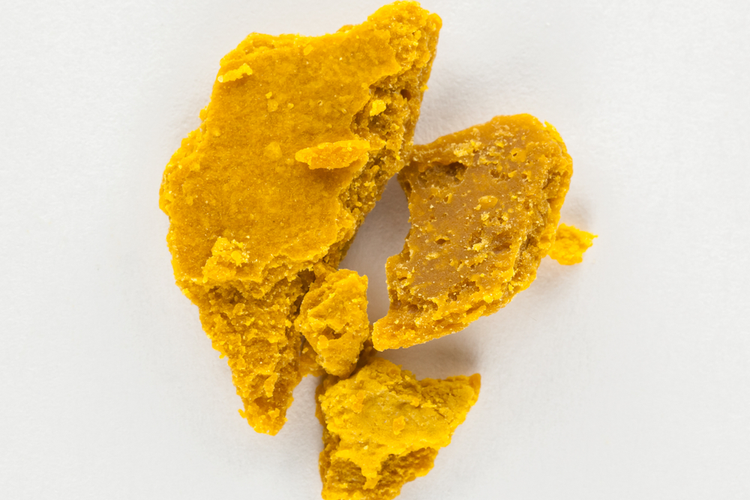 Commercial marijuana rosin traces its origins back to 2006. For years, cannabis consumers made hash rosin at home. However, producing rosin at home is a difficult process and with advances in technology it’s much easier to leave it to professionals. These technological advancements have made the rosin process much more sophisticated and the popularity of many types of rosin, beyond hash, have exploded since 2015.

Using devices called rosin presses, commercial extraction labs can produce more products than ever before with highly favorable yields. Think of a rosin press as a giant hair straightener. It features two hot metal surfaces that an operator presses together. When they do, a gooey golden goo gushes out from between the two plates. It’s sort of like squeezing the juice out of an orange!

Cannabis rosin’s potency will be at minimum 60% THC, but it can reach upwards of 90% THC concentration. That’s in stark contrast to most cannabis flower, whose upper limits of potency hover around 30% THC content. As policy reform continues and the cannabis industry expands, so do the number of concentrate types within the product category. Consumers are savvy and seek out the safest and cleanest products possible.

With that in mind, let’s discuss why not all concentrates are created equally.

Marijuana rosin is often compared to butane hash oil (BHO), but the extraction process is vastly different. To make BHO, extractors need to “wash” cannabis flower with a solvent, namely butane. This separates plant matter from cannabinoids and terpenes. Then, the extractor purges any residual butane from the BHO.

What sets rosin apart from solvent-based products is the fact that it’s a solventless process. This is highly attractive to health-conscious cannabis consumers. Additionally, the production of solvent-based concentrates can take up to a full day, while solventless rosin machines can produce products with high yield almost instantly. 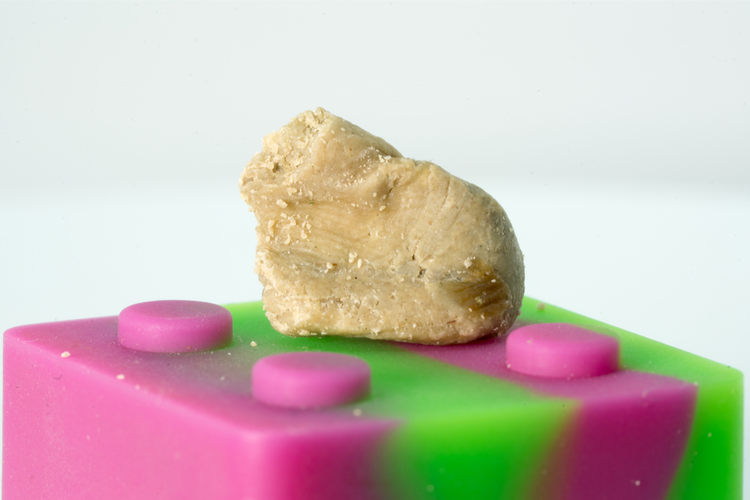 What About Hash Rosin?

Some of the highest-quality cannabis rosin comes from pressing bubble hash in a rosin press. Cannabis rosin made from marijuana bubble hash is so pure that you can dab it. That’s not the only way you can consume cannabis rosin, though. In fact, hash rosin is a highly versatile concentrate. For example, you can mix it with flower in a joint or bowl to give it a little extra kick. Or, you can drop a glob into the chamber of a vape pen made for concentrates. Hash rosin’s versatility is one of its major selling points.

Find a Dispensary You Can Trust: Greenside Recreational Cannabis Stores

Many consumers incorrectly assume that BHO is the only way to produce concentrates like shatter. In fact, solventless hash rosin provides another option and it can be made into other concentrates like wax and budder, as well.

You can get started with hash rosin and other great concentrates by visiting the friendly staff at our Seattle and Des Moines dispensaries! Our budtenders will walk you through the great variety of rosins we have in store and can answer any of your questions. Alternatively, you can order online from the convenience of home. We look forward to serving you!

Previous Cannabis Legends: Jack Herer
Next Indicas vs Sativas: Everything You Need to Know How to Load a Hash Bowl Cannabis Trends of the Year: Terpenes and CBD!