If you live in the Pacific Northwest, you know that this is a place like nowhere else on earth. That applies to everything from the scenery to the people here—and the cannabis, too. In this post, we’ll look at some of the best and most popular Sativa and Indica hybrid strains you can find in Seattle today. We’ll also identify a contender for the strongest cannabis strain on dispensary shelves.

Best Strains in Seattle: Our Favorites

Below, we’ve divided some of the best strains in Seattle into several categories. First, we’ll look at sativa-dominant and balanced hybrids. Then we’ll look at some Indica-dominant genetics.

Gary Payton: If you love rare and hard-to-find genetics, don’t miss out on Gary Payton. This strain is tough to get your hands on since there aren’t many growers that work with it. More of them should though because this strain is the very definition of “premium cannabis.” With THC levels that can top out at 25% and up to a whopping 5% CBD (massive for a non-CBD strain), Gary Payton is one of those strains you’ll want to try ASAP. Sin Mint Cookies: Now we move into the realm of the indicas. Also known simply as “Sin Mint,” this slightly indica-dominant member of the Cookies family is another genetic rarity. There’s plenty to love about this strain, from its Kushy aroma to its nutty-sweet flavor and supremely relaxing high. It has a more moderate THC concentration that maxes out around 15%. That makes it a great choice for any newer cannabis user out there.

Ice Cream Cake: Here’s another strain that falls into the “indica dessert strains” category along with Sin Mint. Ice Cream Cake has a pungent flavor, combining hints of cheese with creamy and sweet tones. Its THC content usually hovers around 25%, making it one of the more potent and popular strains in the Seattle area. You may notice a heavy body high with this strain, making you feel borderline sedated and sleepy. Don’t sleep on this strain though!

GMO: And now we get to the most heavily indica-influenced strain on our list: GMO. Also known by the name “GMO Cookies” or “Garlic Cookies,” this strain is nearly entirely indica. As a result, you probably won’t be surprised to find that GMO is highly tranquilizing. That’s also partially thanks to its THC content, which usually reaches 24%. Seemingly paradoxically though, it’s also uplifting and euphoric, all of which combine to create a general happy vibe surrounding this strain.

Seattle Sour Kush Strain: This strain is so deeply associated with the area that we’d be remiss if we didn’t include Seattle Sour Kush on this list. It’s about 60 percent indica, putting it firmly in the indica-dominant hybrid camp. It has a powerful, zesty sweet-citrus flavor that gives this strain its name. As a Kush, it’s highly relaxing, so it may be best kept for a relaxing end-of-day smoke. 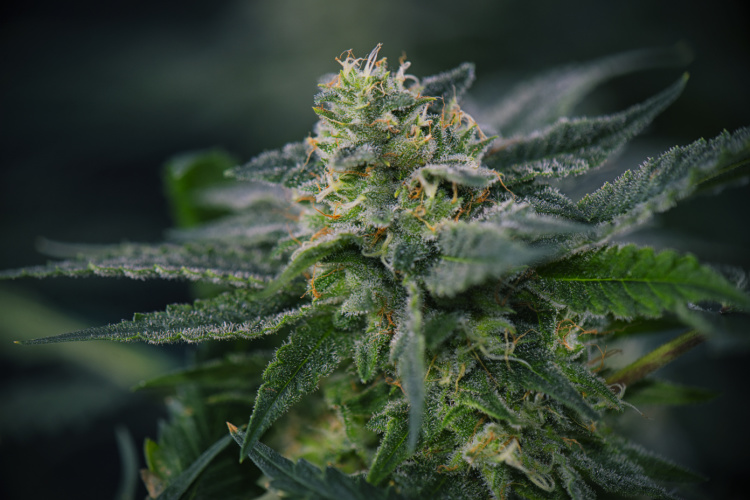 Runtz: Here’s a strain that needs very little introduction. Runtz is at the forefront of today’s cannabis genetics movement thanks to its powerfully sour flavor and potent effects. It can reach THC concentrations even higher than Gary Payton, nearly surpassing 30%. That gives this strain some powerful and enjoyable effects. It’s simultaneously calming and uplifting, relaxing and energizing. It can also trigger a serious case of the munchies, so make sure you have some snacks ready!

Best Strains in Seattle: Wrapping Up

We hope this list has inspired you to try some of our favorite strains in Seattle. Come by our Seattle dispensary today to find out which of these strains we currently have in stock, or browse our online menu anytime to explore the wide variety of strains we always have on hand. We look forward to seeing you soon!